Save yourself to save others 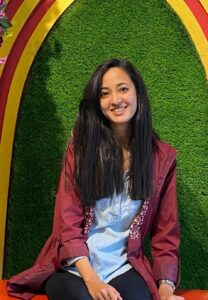 Nepal is facing the second wave of the coronavirus and it is spreading vigorously than the first wave. There is nothing we can do about it. Everyone does not have the luxury to stay inside their home, but as a responsible citizen of society, we must make sure to take precautionary measures by following social distance protocol and if in case if we are COVID positive then not to transmit it. However, it can only be achieved by isolating ourselves, following necessary guidelines and throwing off our sick mentality- “Nothing will happen”.

Millions have already lost their lives while billions have lost their loved ones and dear ones. The pandemic should not be taken casually. It has been creating havoc which if not realized early will lead to massive destruction. Nepal is in the middle of overcoming the grievance of the massive earthquake-2015 that took the lives of thousands and displaced millions of Nepalese people. If we do not realize the graveness of the second wave of Corona virus then Nepal will face a huge loss that would be beyond compensation and recovery.

The case of the influenza pandemic (1918-1919) is a vivid cautionary tale of how a disease can wreak human society. The first strain of influenza- also known as Spanish flu was not as deadly as its second wave. Reported cases of Spanish flu dropped off over the summer of 1918, and there was hope at the beginning of August that the virus had run its course. However, it was only the calm before the storm. Somewhere in Europe, a mutated strain of the Spanish flu virus had emerged that had the power to kill a perfectly healthy young man or woman within 24 hours of showing the first signs of infection.

The ignorance and negligent mentality of the people led to its second wave. The pandemic that infected an estimated 500 million people worldwide i.e., about one-third of the planet’s population killed an estimated 50 million victims. Like Corona, the origin of the influenza of 1918 had long been a mystery. The 1918 influenza had a short incubation period and a high sickness rate which spread easily from person to person, most often in airborne droplets.

The virus claimed young and old, as well as saw a huge spike in the middle age group of otherwise healthy 25-35 years old. Struck with blistering fevers, nasal hemorrhaging, and pneumonia, the patients would drown in their own fluid-filled lungs.

But one of the chief reasons that the Spanish flu claimed so many lives in 1918 was that science simply didn’t have the tools to develop a vaccine for the virus. Microscopes couldn’t even see something as incredibly small as a virus until the 1930s. Instead, top medical professionals in 1918 were convinced that the flu was caused by a bacterium nicknamed “Pfeiffer’s bacillus”.

Today’s twenty-first century does not lack in technologies or resources to develop a vaccine. Frantic research and development of vaccines are being conducted all around the world. Researchers are investing all their time; volunteers are risking their lives, and people are providing as much financial help as they can. However, vaccines are not the only solution to fight against the intoxicated virus, the real solution is to be self-aware, educate and practice the prevention protocols. All we need is patience and cooperation from one another to fight against this lethal virus. It has lingered for two long years, let us not let the virus botch up our lives anymore. Be safe and take cautions, if not for oneself then at least to protect our loved ones.

(Author- Shital Thapa is a current graduate student at Ace Institute of Management pursuing MBA in Marketing Specialization. She is curious person who loves exploring new things around. Her interests include writing, reading fictional, non-fictional books, and watching movies.)